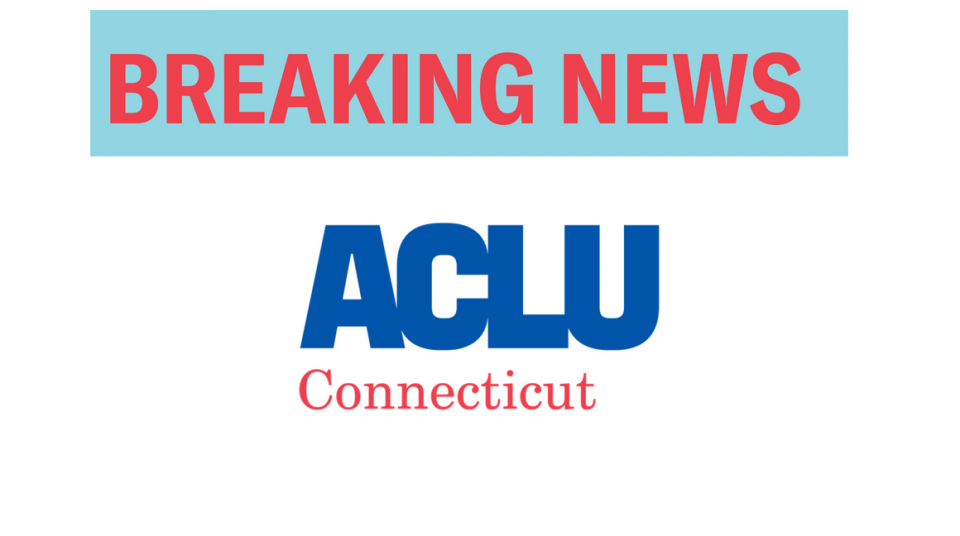 “People who are incarcerated in Connecticut are in imminent danger from COVID-19. The longer Connecticut fails to act to protect them, the closer our state comes to a deadly and unconstitutional disaster,” said Dan Barrett, the ACLU of Connecticut’s legal director and an attorney on the case. “Connecticut’s courts did not sentence people to suffer and potentially die from a pandemic. While lawyers, advocates, and family members have been filing motions and pleading with the governor and policymakers, we need urgent, coordinated, and system-wide change now to protect incarcerated people’s lives. Thousands of people who are incarcerated right now could be safely with their families, posing no danger to the public and out of harm’s way themselves, if the state were simply to act.”

The suit asks the Court to order Governor Ned Lamont and DOC Commissioner Rollin Cook to immediately release people who are vulnerable to serious illness based on CDC heightened risk factors, being held pre-trial on lesser  charges or low bond amounts, being held solely for technical violation of probation or parole, eligible for home confinement or supervised release, or within six months of the end of their sentence. The suit also asks the Court to require Lamont and Cook to submit, for the Court’s review, a plan to: provide hygiene, social distancing, diagnoses, and treatment for people who remain incarcerated; approve residential placements within seven days for those eligible for release; and fund transitional housing for those without residences to go to upon release.

The suit follows an ACLU of Connecticut request, sent on March 26, for the Judicial Branch to consider changing pre-trial release rules during the COVID-19 pandemic. With that request was a letter from a group of Connecticut medical professionals, who wrote: “Based on current staffing levels in CDOC (including correctional health staffing levels), and based on our experience working within correctional facilities and with affected populations, we do not believe that screening, social distancing, and quarantining measures can be sufficiently employed within CDOC facilities to combat the spread of this virus.”

The suit also follows letters sent on March 10, 12, 16, and 19 from the ACLU of Connecticut and other organizations to Governor Lamont and Commissioner Cook asking for urgent measures to protect incarcerated people from COVID-19.